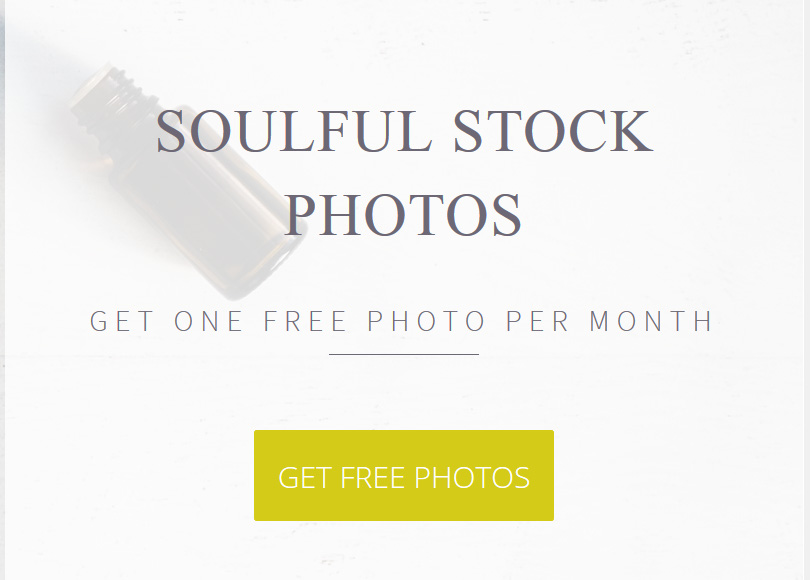 From the moment I graduated from B-school, I noticed brand provocateur, Timothi Jane Graham instantly. Timothi stood out from the sea of visual brand gurus vying to get our attention. As a recent B-school graduate, the pack swooped in to get our business. BUT, instead of telling us all why we must work with her and why she was the best, I noticed Timothi would take the time to provide thoughtful (and actually helpful) answers throughout the B-school forum.

With her unapologetic straight talk to help newbies in search of great photos and stand-out branding, Timothi helped us all make our best brand impression when we were just starting out. All that, plus her mega-talent, is why I wanted to work with her when I launched The Healthy Plate eons ago. To me, Timothi has been a Mindful Maverick from the start so I want to share her story with you.

What’s your mission? Tell us about your organization/business:
“In some ways I view my mission as being a living and breathing mirror for the undiscovered greatness that lives in anyone that steps in front of my lens.”

From the very first time I picked up my camera and set up my first shot, it’s always been about discovering what makes someone tick, who are they at their core, shining the light on that element, and then turning the volume up high.

When I officially opened my studio  for business close to 16 years ago, I had already been shooting regularly for about 4 years. I was working in advertising and the film & television industry at the time and I took up photography as just a creative outlet. I wanted to have that outlet be something of my own that was not for sale. That was just for me.

I started shooting friends, then friends of friends and then acquaintances of friends for fun. I really loved it but it never occurred to me to make it a real business. I was shooting film at the time, so after several years, when it started to become 6-8 shoots a month and I was paying out of pocket for film, processing and darkroom time, I was like, “wow, I guess this is actually a business and maybe something I should explore.”

I did. It somehow took off. And so now close to 2 decades later here I am.

How long did it take you to reach important milestones in your business or organization.
When I got really clear on where I wanted to go it happened pretty quickly. I started off shooting maternity and a lot of fortuitous opportunities came my way and before I knew it I was shooting for some magazines and I was featured in a book.

Then I decided I wanted to pivot into the entertainment world. From years working with that circle of people, I had some connections and warm leads and already knew the lay of the land, so I just kind of fell into doing press photos and high end portraiture for actors that had a show airing and new recording artists that had an album coming out.

With all of this, I never really tried to follow anyone else’s path. I just went with my gut and made the most of the relationships that I already had built. I’m not a big believer in the hard sell. My philosophy is do the best work you can and get it in front of the eyes of the people you want to see it. What happens next is really out of your control. I actually think when you can let go, these transitions and bullseyes will happen more quickly.

Tell us about the “start-up scares”: Was there a moment where you ever seriously contemplated quitting?
I’ve never had a fear of starting something new. In fact, new energy and the unknown stimulate me creatively. I believe in fresh starts. It’s like fertile soil that begs for seeds to be planted. New beginnings are exciting. It means you’re growing. It means there’s space to expand in a new direction. I don’t believe in “quitting”. When you’re about to give up is usually when the big breakthrough is about to happen. I gather myself and wait for it to unfold.

Did you ever “fail” or make a substantial mistake in business or organization? Any serious Challenges? How did you overcome and resolve it?
The big thing for me for many years was not charging enough. I put  about 18 hours into every shoot I design. That includes from point of contact, to consulting, conceptualizing, location scouting, styling, shooting and editing a session. That’s alot of time. I’m in it for the long haul.

For a long time I was looking at other photographers and I would take my cue from them on what was appropriate to charge. You know, what is the going mainstream market rate. What I didn’t take into consideration was I went the extra mile for people and I spent about 3 times longer from beginning to end than many other of my fellow shooters. So I was way undercharging and burning myself out. It took me a while to where I felt ok with raising my prices Now I feel like my price point is in alignment with time spent and the level of product I deliver.

With that said, inasmuch as it’s hard for some people to ask for their hourly rate, I see a lot of people taking the whole “charge what you’re worth” thing way too far. I’ve seen people charge upwards of $4,000+ for a photo shoot. That’s just nuts. Unless you’re Annie Liebovitz or you’re renting an elephant, airplane or a Maserati for the day, the numbers don’t match up with the hours. I think it’s important to find out what people in the mainstream are charging and see where you fit in with that in terms of your level of experience and the time you spend on a job. I am very honest with myself and my clients in terms of all of that. You have to be.

What’s the most impactful action you’ve taken to reach your goal/s?
I work very hard to raise the bar for myself every time I shoot. I’m always trying new ways of doing things. I ask myself when preparing for every job, how can I kick it up a notch? Maybe it’s a new lighting set up, backdrop, location or prop. I never ever want to rest on my laurels. It excites me to push the envelope. I look back at my work over the last decade I can really see an evolution every year. That’s what keeps me shooting. You never ever are done. You can always do better

What would you tell your younger/earlier self? Any piece of advice?
Know when one chapter has ended. Accept it and move on. There have been times where I’ve stayed in a direction too long. It stopped inspiring me. The story had ended. I am very mindful of doing that now. When I’ve exhausted an experience it’s time to close that door and open another.

What the best advice YOU’VE ever received about pursuing your vision?
I’ve got two really good ones. A manager once said to me “Timmi, you have to start thinking of yourself in a different way”. That was huge for me and I still use that all the time when I doubt myself or don’t feel enough entitlement around something. It really reframes a situation and empowers me to move forward.

The other one is “ Don’t try to be good”. When you try so hard to be one thing or another you can lose your authenticity. I really see the wisdom in letting go, trusting you got the goods and letting it flow. If something’s not working on set, 9x out of 10 it’s because I have an idea in my head and I’m not being open to what’s organically happening. I am trying too hard to be good. I think this can really apply to any situation. Relax, listen to your inner wisdom and go with what’s in front of you. Stop trying so hard to make things happen.

Has having success in your business/organization or money changed you? In what ways?
I am grateful for the freedom and options it’s given me. But more importantly I have learned to think ahead. You have to. When I plant the seed for something new I’m working on, I’m already thinking about the build. Where do I want to be in 2-3 years? Then everything I do is moving towards that end game. This is all part of continued success.

How do you create, innovate or break the rules in your life/business/organization?
When I first started shooting I was still working in the advertising and entertainment world. I was entrenched in this idea of brand development and image. Most of my work up to this moment has been about that. It’s been my focus for close to 2 decades. I was incorporating this whole branding thing into my work way before it became a “thing”. So I think I have definitely been an innovator and a rebel in that realm.

I have never ever showed up for a job without having a well thought out shoot plan. Ever. Location scouting, styling, shot list. The whole nine. But because it’s such an overused idea at this point, I’m kind of phasing that kind of “brand speak” out. I will still always work the way I work, but maybe, just like me, it needs to be reimagined and needs to unfold in a different direction. Maybe the words need to change. I’d hate for my work to become a cliche. When something is overdone. I’m done. There’s that thing about closing doors again

Stevie Wonder or The Beatles? (this, I must know.):
I would def go with Beatles but I am a Rolling Stones girl at heart…it’s all about Keith. Rhythm and blues, you know. Told you I was a rebel.

Timothi Jane Graham is a personal branding specialist, photographer, videographer and copywriter.She travels the world working closely with entrepreneurs and business leaders to reimagine and sculpt their business and personal brands.

Timothi has spent more than two decades working in the realms of image branding and advertising on campaigns such as Toyota, Hanes, Dentyne, Maybelline and Pampers and networks such as CBS, HBO, Cinemax, Lifetime, MTV, VH1 and USA to name a few. Her articles have been featured in The Wall Street Journal, Huffington Post, YFS Magazine, Creative Sugar, MindBodyGreen and she is a regularly featured Branding Expert at Success.com. You can find her at Timothi.com